The annual Taco Fest is almost here! For all you taco lovers, the annual Toronto Taco Fest is set to take off June 14 for 2 days at Ontario Place. Tickets start at $9.95 per person. This 19+ event will be running from 11am-11pm on Friday June 14 and Saturday June 15 and from 11am-830pm on Sunday June 16. The venue Ontario Place will have parking and be accessible via walking from the closest TT...Read More

Do you have a love for pizza? and are in the midtown area of Yonge and Eglinton. A new gourmet pizza restaurant has opened call Mamacita’s Pizza. With many different options on the menu from $9 pastas to $10 sandwiches, wraps and of course the gourmet pizza is a great new addition for food options in the area. Mamacita’s is available for order on Uber eats, foodora, skip the dishes and...Read More

The annual Luminato Festival is here once again! Going strong into its 13th year, this year the festival will run from June 7th to June 23rd. Toronto has become one of North America’s most popularized urban cities featuring and participating in many of the different festivals from different parts of the world. The Luminato Festival, founded by Tony Gagliano and currently directed b...Read More

The Union Summer Market has returned for another summer located right outside of union station, taking over the sidewalks. The Union summer event will have a food, patio, live performances and movie nights that will run until the end of the summer August 3rd 2019. The daily operation times will be Monday to Wednesdays from 11 am-9 pm, Thursdays to Saturday will close at 10 pm and will operate unt...Read More

Brunch Fest will be taking place this weekend from June 1st-2nd at the grounds of Hotel X. Tickets are starting at $7.95. The vendors that will be apart of the 2019 Brunch Fest are the following Bacon Nation, Born2Eat, Chaat Spot, Craig’s Cookies, Dope as Duck, Heirloom, The Heartbreak Chef, Hom Cafe, Hottie Cakes, Fidel Gastros, Fonda Lola, Fuwa fuwa Pancakes, Get Your Own Tatera, La Novela...Read More

Looking to watch game one of the Toronto Raptors host the Golden Sate Warriors on May 30th at home? or you can not get your hands on tickets to the game? Cineplex theatres across Canada will be broadcasting all the NBA finals games. The game will be shown on the 50 foot screen and admission is free. Two tickets will be given per person and will be available at the box office. Check your local Cine...Read More 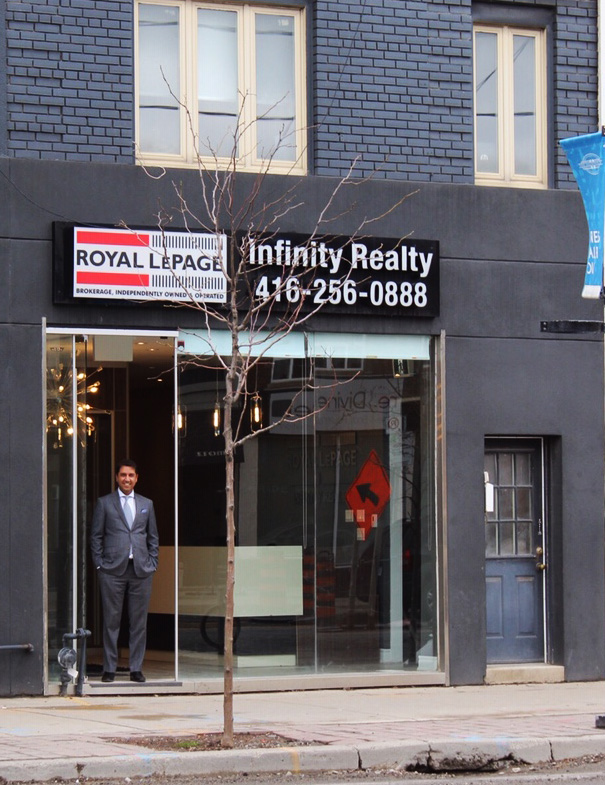 Rick Aurora, one of the youngest Broker of Record’s for Royal LePage was born in Montreal, Quebec and raised in Ottawa, Ontario. Rick attended the University of Ottawa where he completed and received an honors degree in Economics. Following his graduation, he moved to Toronto, where he started working for TD Water House-Finance Stock Brokerage and continued to work with them for 3 years. Dur...Read More

May “24” Weekend is finally here! With a month left of spring, we are all excited for summer to arrive. For some info, here’s what’s closed for this weekend: Government offices Banks Toronto Public Library All LCBO and Beer Stores Yorkdale and Scarborough Town Centre And now for the fun stuff! Planning on staying in the city for Victoria Day long weekend? Toronto ...Read More

Looking for ways to spend your summer Sundays with the family? Starting from June 2nd until October 13th the Eglinton Way will be hosting the 2nd annual BIA Farmers Market. A place where you can pick from an extensive selection of home-grown foods, fruits and vegetables. The Eglinton Farmers Market will also be hosting local business owners and their pop up shops. Come to the Eglin...Read More